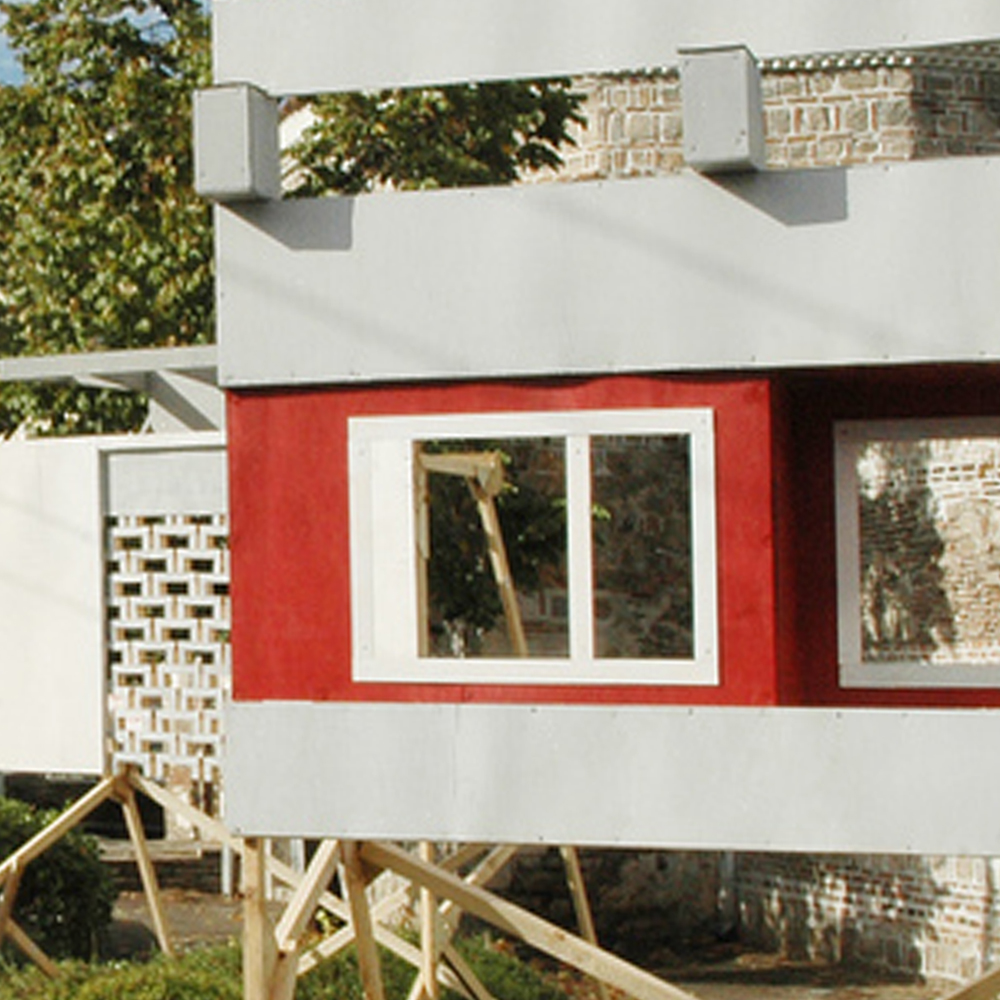 Huge advertising boards are an omnipresent phenomenon in the streets and on the rooftops of Plovdiv. The happy messages of consumerism merge with modernist architecture, which had its glory days several decades ago. I placed billboards on the roadside of a modernist boulevard that took on characteristic elements of the surrounding architecture from around the 60s. It was loaded with a highly ideological agenda pursued by the socialist state, which aimed to educate and transform Bulgarians “from rural poor people to modern city dwellers”.

Following the fall of the socialist regime, a total rejection of the aesthetics of that period took place, although the obvious signs of the socialist-modernist time remain a dominant feature of the urban environment until today. I doubt that it is possible to completely erase parts of history, and that is why I question how we can still make this architecture function in the present. Why do cities in Europe restrict their heritage preservation to the “really old” history?

The qualities of modern architecture from the recent past are often ignored. One example are the great common roof terraces on the housing blocks in Plovdiv, where we find only advertising boards at the moment. Is common space still an option for urban planning? Emblematically, my billboards were facing towards a wall covered with a huge poster campaign for Western style private residential front doors that the residents of the blocks typically buy to give their apartments an individual touch.