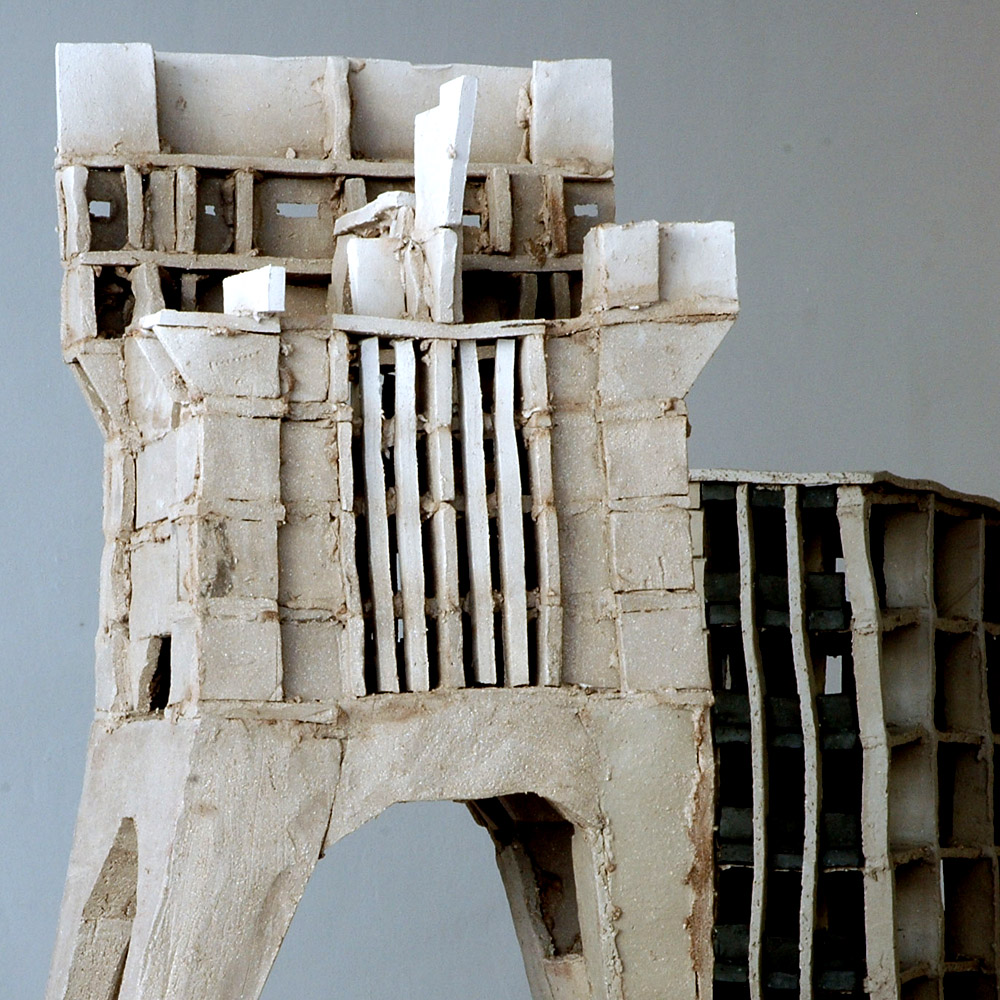 The video re-enacts the demolition of several buildings in the city of Heerlen. To this end, the offices and factory buildings were reconstructed from clay on a miniature scale. Instead of being fired, they were sprayed with water, which caused the objects to disintegrate and eventually collapse. The entire melt-down of the installation is recorded using a time-lapse camera. (Total duration of the video: 28 min)

In the recent past, Heerlen experienced rapid and relatively short-lived growth related to the mining industry. The industrial structures of the coal mines and their infrastructures had disappeared just as quickly as they had sprung up across the city in a wave of modernist architecture, After the abrupt closure of many mines, urban growth stalled and quite a few buildings were planned but never built. At the same time, most of the mining structures that had come to define the face of Heerlen were demolished. In this way, almost all the city’s characteristic architectural landmarks were eliminated at once. Archive images show how debris was spread across the city following the demolition. This traumatic moment in the history of Heerlen was the starting point for the video and the installation in the exhibition space.

The buildings were reconstructed in clay because the material is a very suitable medium to carry out processes of erosion and disintegration. What interested me in particular is the creation of an organic process of destruction that allows man-made structures to mutate back into a natural landscape. The entire construction, destruction and documentation took place during the exhibition, where the public could visit a construction site that was permanently in operation. The design of the work tables referred to the aesthetics of temporary constructions in the sheds for work management on construction sites.

Disappearance of the mine buildings in Heerlen in NL / 2012