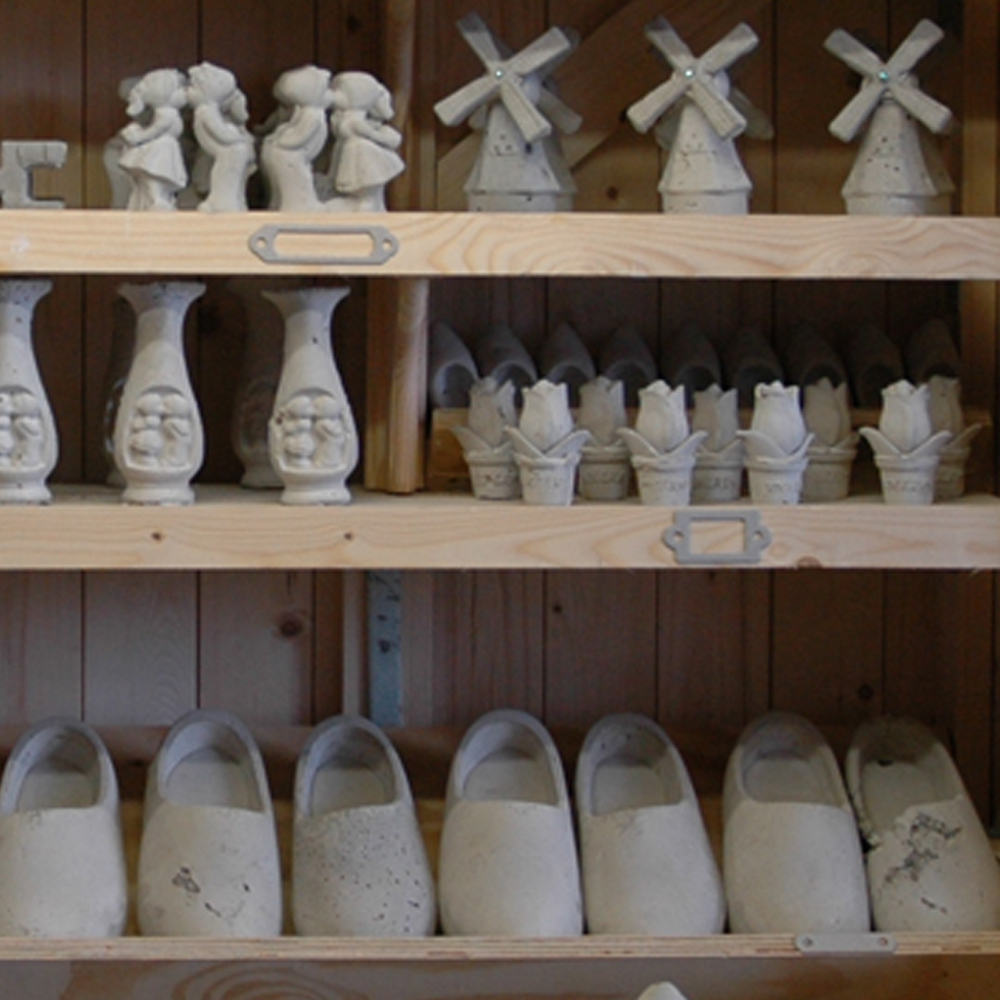 In the busiest mall of the country I placed a kiosk to produce and sell concrete souvenirs. At the time, the future of the mall was a prominently discussed issue. I placed this kiosk in memory of the opening of the mall in 1972.

The mall had been built after an initiative by a big concrete company, and when it was opened, several traditional Utrecht shops which moved there where advertising in an old-fashioned, kitschy style. I am alluding to the indifference concerning modernism and tradition that drove the pioneers of Hoog Cathatrijne.

JUST WHAT IS IT THAT MAKES THAT THING SO DIFFERENT, SO APPEALING?