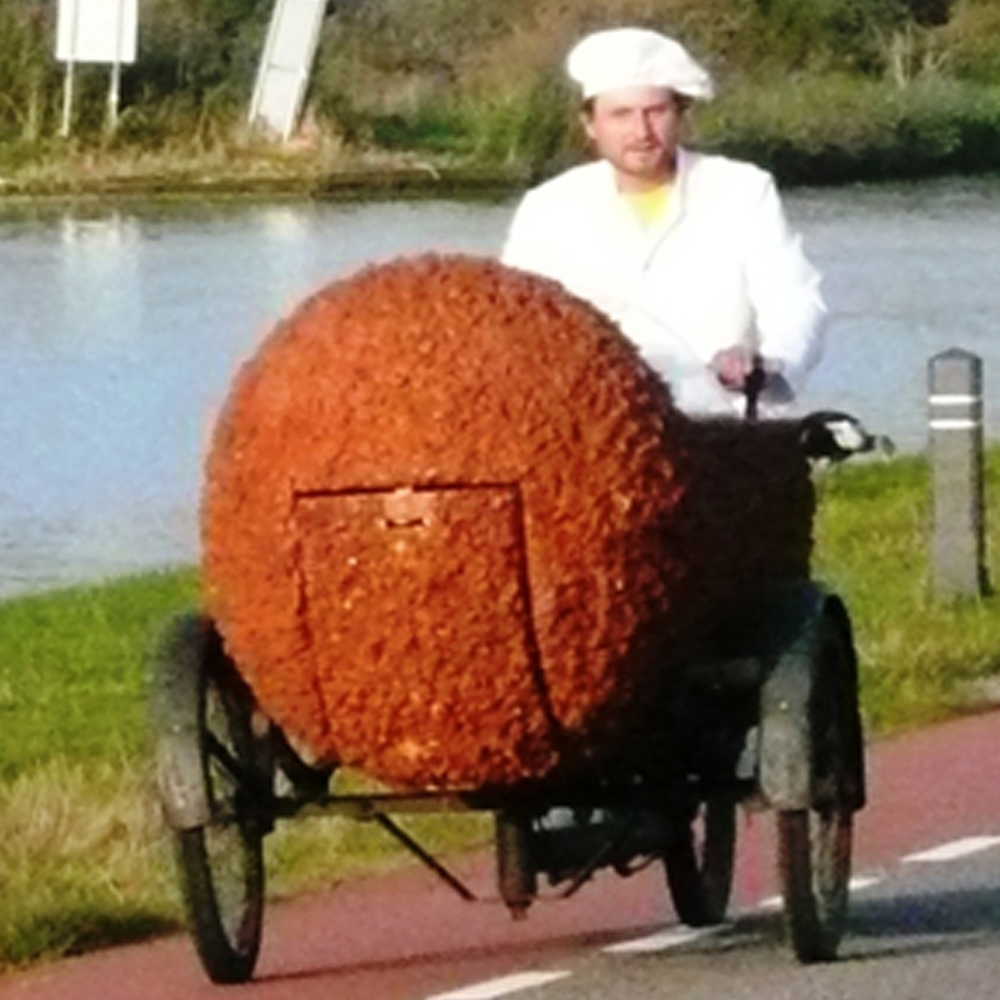 The city council of Almere engaged artists in order to upgrade the social cohesion in certain town districts. Responding to this request, I developed a snack bike for the neighbourhood Stedenwijk Noord. I served croquettes made from recipes the inhabitants gave me. Nowadays, croquettes are prominent cheap fast food, but originally they were “grandma’s homemade pride” of traditional Dutch cuisine. I wanted to set a trend in the process of urban development in this mono-functional neighbourhood. Despite its central location, shops and restaurants are not permitted there.